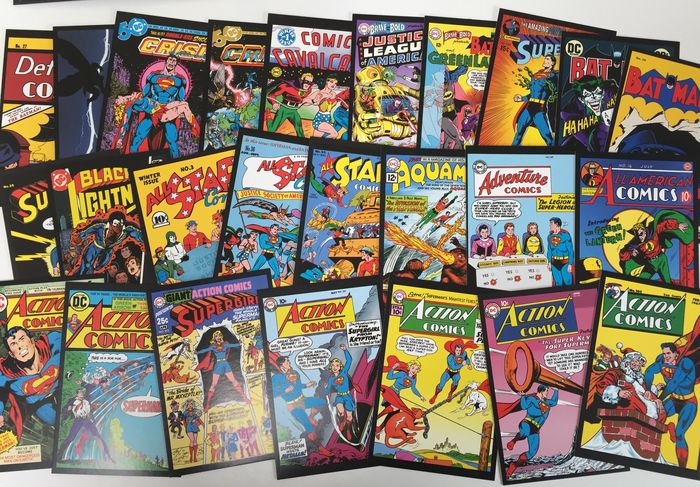 Comics that have the most collectible value are those published between 1938 and 1979. Typically, within that time frame, superhero comics hold the most value, with first editions or origin issues being the most sought after by collectors.

Here is a list of the most valuable comic books:

Original comic art, the actual original page that an artist prepares for the publication of the comic book, has become a hot collectible over the past two decades. Once considered worthless production, original art was routinely discarded or given away to fans. In the early 1980s, collectors began to realize that these pieces of art were one-of-a-kind treasures, and an active collectors’ market was established. Today original comics and comic strip art can be found hanging in museums such as the Metropolitan in New York City, and the right piece can bring tens of thousands of dollars.

Identifying a comic book is not just looking at the cover. The easiest way to find the exact title, issue number, and publication date for your comic book is to look for the indicia, the block of small type which is usually located inside the front cover or on the first page. It is necessary to consult the indicia to make sure you get all the correct information.

The easiest way to determine if you r comics fall into the “good” category is by looking at the cover price. Almost all comic books have the retail cover price at the time of publication on the cover. The valuable ones will have 10c, 12c, 15c, 20c or 25c on the cover. Most comics that say 30c or higher on the cover are of later vintage and have limited value.

Generally, the most desirable ones are Superhero themed comics, such as Captain America, Batman, Superman, Human Torch, Sub-Mariner, The Spectre, Flash, Wonder Woman, and hundreds of others.